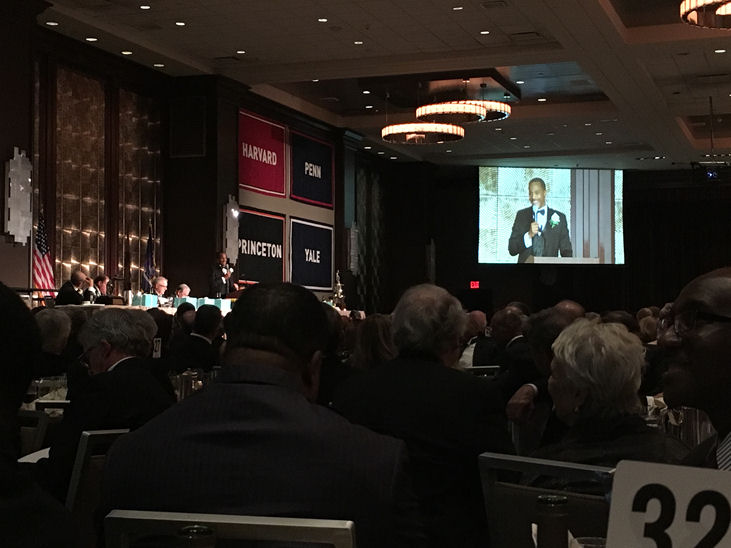 Joseph Holland is an acclaimed community servant. As a diplomat’s son, star athlete, and Ivy League scholar Joseph had a world of opportunities awaiting him in corporate America. Instead, he moved to Harlem during the nadir of its blight and endeavored to contribute to a neighborhood that was tough in every sense of the word. A five-year sojourn became a three-decade commitment, as his career morphed from practicing law to empowering the homeless, to running small businesses, to writing plays and books, to serving in politics, to building housing—all aimed at making a difference in the lives of individuals in need.

BACKGROUND
Raised partly in the South (VA), Scandinavia (Sweden – where his father was U.S. Ambassador) and Suburbia (outside NYC), Joseph followed in his legendary father’s (Jerome “Brud” Holland) footsteps and became an All-American football player at Cornell University. Turning down professional football, he went on to attain his law degree from Harvard. 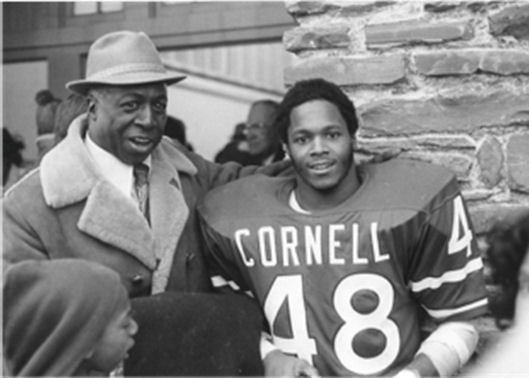 Joseph and Brud in Ithaca after last football game, November 1978 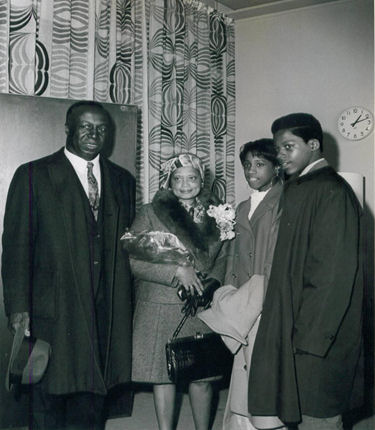 COMMUNITY-BUILDING
Joseph founded and ran Harkhomes, a Harlem shelter for homeless men. He co-founded the Beth Hark Crisis Center, which celebrated its 30th anniversary of ongoing service to the community’s neediest in 2015. He spearheaded the Cornell Cooperative Extension Literacy Initiative, a summer program through which Cornell undergraduates worked in Harlem with low-income families helping the children with literacy skills. And as president of the Westchester Clubmen, an organization of African American professional men sponsoring college prep programming for young men of color in Westchester County, New York, he doubled the size of the program with an expansion from White Plains to New Rochelle. 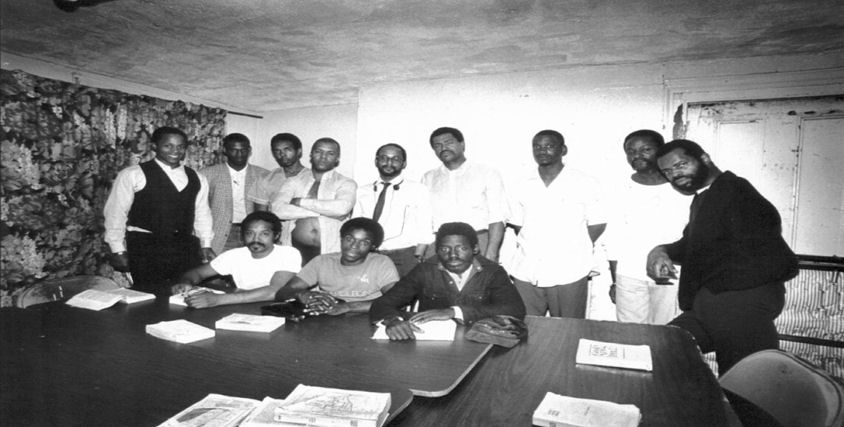 Joseph (far left) with the residents of Harkhomes, November 1989 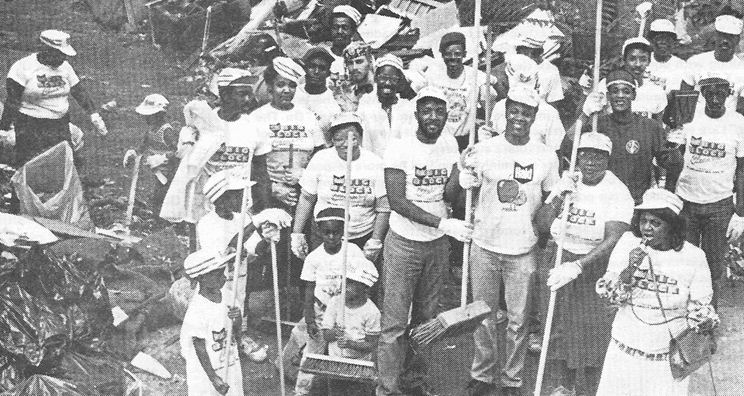 Joseph (third from right) organized a neighborhood cleanup of a drug-infested block, April 1990

ENTREPRENEUR
Joseph has used his management skills to build commercial enterprises and expand employment opportunities in Harlem. As owner of the Harlem Travel Bureau, he started the first inner city American Express Travel Office, and he did similar trailblazing with the Ben & Jerry’s ice cream parlor that he established on 125th Street. He was also instrumental in bringing a Body Shop retail store to that uptown corridor, and he served as Vice-President of the Harlem Business Alliance. 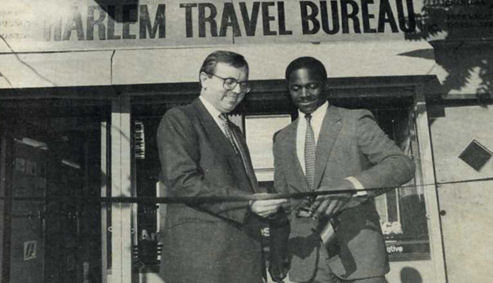 Joseph, with Roger Ballou, president of American Express Travel, at the opening of the AMEX Harlem office, 1990 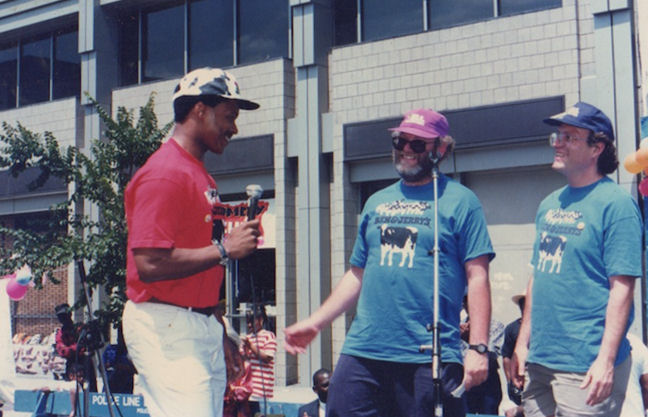 Joseph, with Ben and Jerry, at the opening of the Harlem Ben & Jerry’s store, 1992

GOVERNMENT OFFICIAL
Joseph began his government career as Director and General Counsel to the New York State Senate Committee on Housing and Community Development. He subsequently served as New York State Housing Commissioner where he managed over 1,500 employees and orchestrated the planning and funding of thousands of units of affordable housing in various locations across New York State. He also served on the boards of the following New York State-sponsored entities: the Harlem Community Development Corporation, the Municipal Assistance Corporation and the Empire State Development Corporation. And he has been a candidate at various points for NYS Senate, Attorney General and Governor. 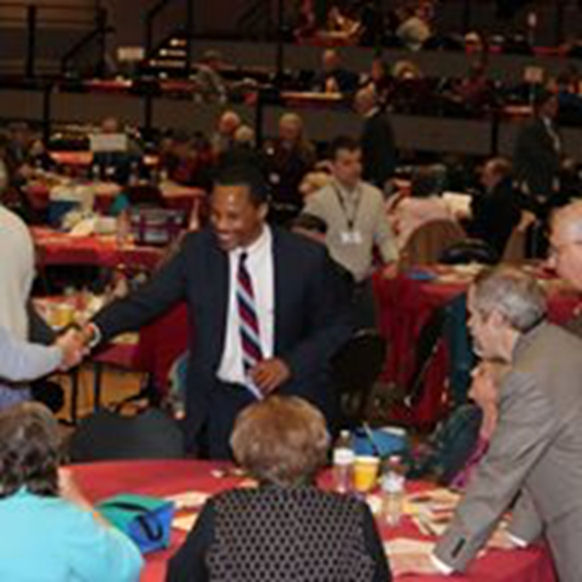 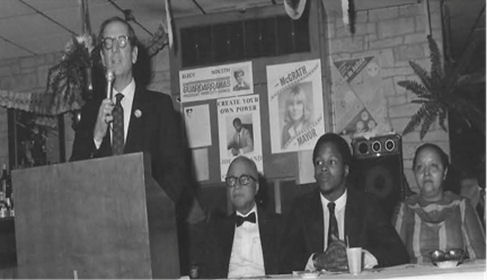 As a candidate for NY State Senate, 1985 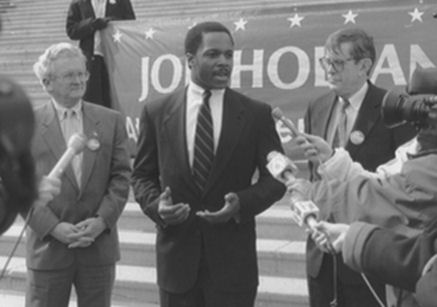 As a candidate for NY Attorney General, 1994 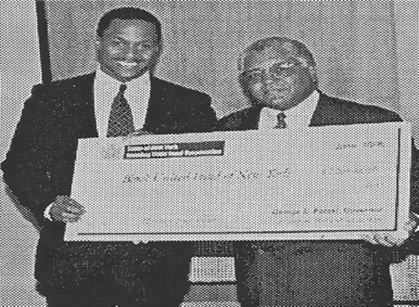 WRITER/MOTIVATIONAL SPEAKER/VIDEO PRODUCER
Joseph’s creative portfolio includes: an inspirational self-help book – “The Touchstone Tools: Building Your Way To An Inspired Life”; his spiritual memoir – “From Harlem With Love: An Ivy Leaguer’s Inner-City Odyssey”; his first stage play – “Cast Me Down”, which enjoyed an Off-Broadway run; and his second stage play, “Homegrown,” which experienced two extended runs at Harlem’s landmark National Black Theatre; and a motivational video series, “Holistic Hardware”, that he conceived, directed, performed in and produced. 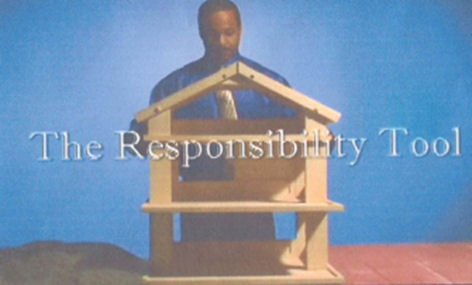 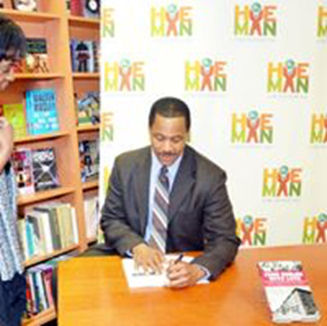 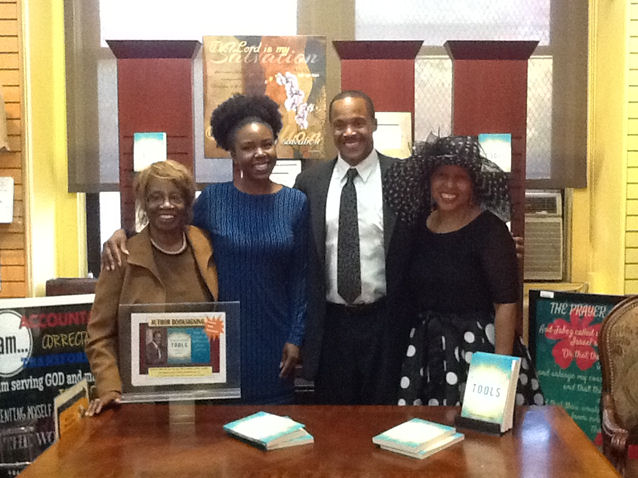 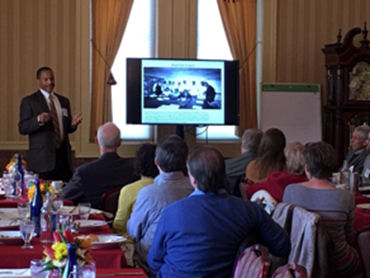 Conducting a workshop at Cornell University, 2017